OK, that title is a silly and somewhat unnecessary innuendo. I admit that, though the less dirty mind might just wonder… the length of what?

Well, that focal length that seems natural to you, of course.

The general human eye has a focal length of 50mm (when used on 35mm film or same size digital sensor), or thereabouts. That fact seems to be pretty common accepted. Hence, it is generally understood that a 50mm lens is a ‘normal lens’.

Except that none of this is actually really a fact.

The eye isn’t a camera with lens

There are more than a few issues with it, and the easiest is that eyes are different between different individuals. Also, this ‘rule’ of the normal lens exists for quite a while, but biological species evolve. So even if we consider it the ‘average’ human eye, one has to wonder if that is still the case, and will remain the case.

The way the human eye works, compared to a lens with a camera attached to it, is also vastly different. The eye constantly scan around the scene, and the brain brings all the impressions into a single scene which seems sharply focussed across the board. And there is peripheral vision, which is not in focus but yet you will notice movement and change there.

When you focus closely, you may notice that the peripheral vision gets larger, and that you actually have a more elipse-shaped central area that is in focus. It’s especially easy to notice when reading a book.

Related to this is the ratio of the image. For 35mm film, it’s 3:2. Large format film is 4:5. Most video these days 16:9. Medium format films, well, between 3:2 and 1:1 are most common. The image ratio of the eye? Varies, depending on the amount of focus we put on a particular item in view.

This last bit, image ratio, opens the can of worms called ‘equivalence’. Equivalence generally is a way to iron out differences between systems to compare them. So a 25mm lens for a micro-4/3rds camera becomes “50mm eq.”. The ‘gold standard’ of equivalence is the size of 35mm film (36x24mm frame). A rather random choice, based on popularity more than anything else.

Equivalence is a nasty subject. It has one important thing in common with the actual subject of this post, though: it’s an apples to pears to oranges comparison. For sure not apples to apples. 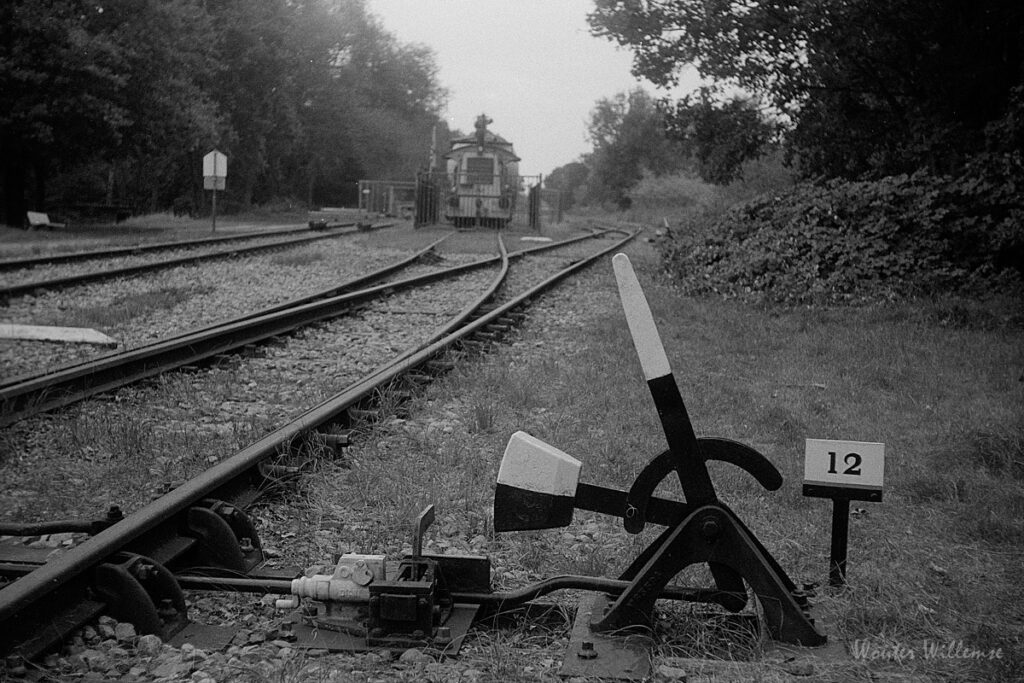 Getting a right angle

What does matter in all this, is the angle of view. For a camera, how wide or narrow that angle is, is a combination of the focal length of a lens, and the area capturing the image (be it a sensor, be it film).

When you are making photos, that area doesn’t really change as it’s dictated by your camera of choice. The focal length can vary for most cameras (and increasingly also for smartphones). Zoomlenses are probably the most popular. You can easily change the focal length with those, very convenient and flexible.

… Or a different angle?

However, there is more that changes. The focal length also creates a sense of depth in an image. Better said: it changes the near-far relationship between objects in the image.

A wide angle makes the distances between the front and the back seem enormous. A telelens brings those two close together. So a wide angle clearly can help emphasise the size of things, compared to each other. But in doing so, they create distance, and disconnection. Typically, they’re not photos that give a great sense of intimacy and closeness. On the other end of the scale, a telelens may give a great sense of intimacy, but tends to give no clue on how big or small something is.

This makes the choice of focal length so much more important than just framing – it’s also about how the different objects in an image relate to one another. It’s also about a sense of disconnected objects, or highly connected. Distanced, or intimate.

And somewhere in between the wide angle and the telelens, there is the happy middle. That happy middle that feels instantly comfortable, where near-far relations feel right, where the right balance between intimacy and surroundings is caught.

This happy middle differs between different people. And while I have zero scientific knowledge or proof, I have this strong impression it has got a lot to do with our sight. The differences in human eyes translate into different happy-middle-focal-lengths.

I never heard anyone who really tends to the extremes, but comparing for 35mm film focal lengths, it seems to sit between ~30mm and ~75mm somewhere. While the average may be 50mm, it may not be yours.

I think there is a lot of value in trying to find your own personal happy focal length. Get a good lens to cover that, and now you got something that will be very intuitive. Previsualising a scene becomes easy, because it’s how your brain is already wired. You start to move around looking at the subject, knowing already how the framing will work out in your camera.
Personally, I feel it also helps finding your own strength, your own visual language. Zooming back and forth does not help do that, I’m also convinced of that. 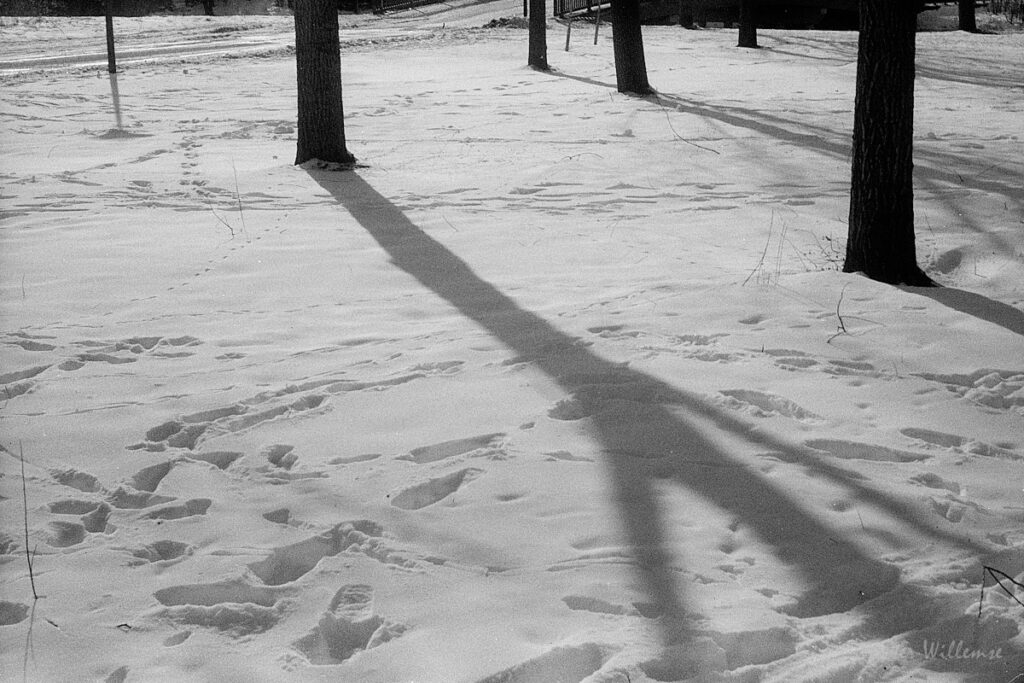 Personally, I am definitely a 50mm type. This is pretty easy said, as I shoot 35mm-sized things most of the time (film or digital). While I do have zoom lenses, I don’t use them much and I don’t like them much. A good 50mm lens gives me something immediate, logic. It feels like home. Ideally, actually, a little longer than 50mm, but not much.

There are other focal lengths that resonate with my brain, but 50mm is a happy place.

This resonates with me. As spectacular as a wide angle landscape may look, it easily becomes shallow beauty. As much as I love bird images (and I do), they’re not images that tickle my imagination, or inspire story telling. Those photos with the unassuming boring focal length? They have to bring more to the table. And I like that, and try to get there myself. 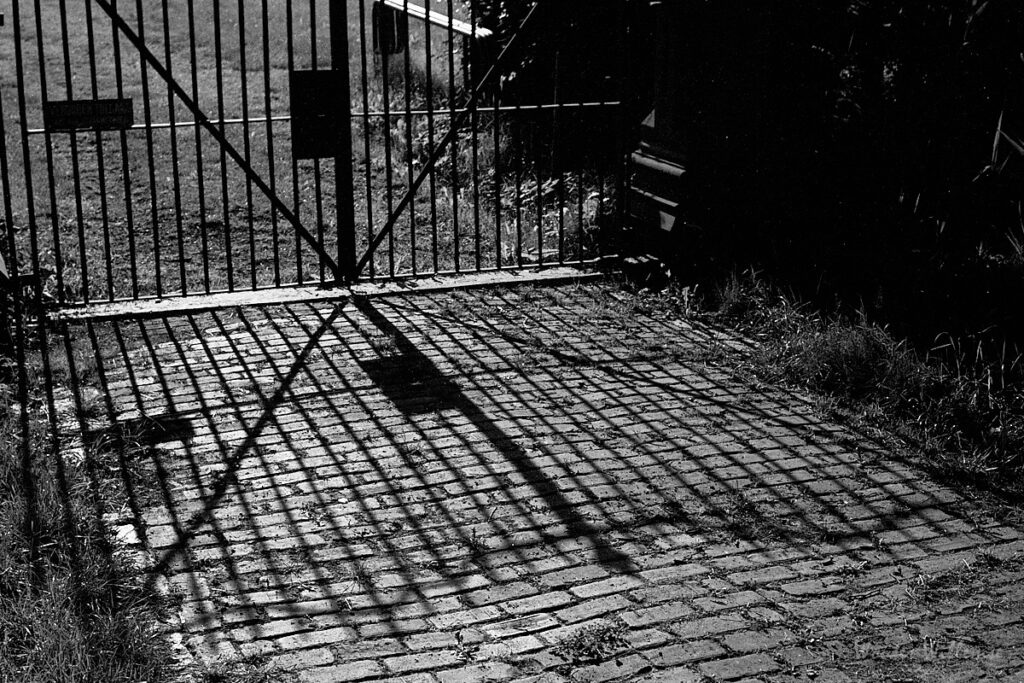