It’s time of the winter olympics, and I’m enjoying a lot of that massively. Apart from the action, the Olympics always have their fair share of interesting stories. Getting to the top makes for fascinating stories often enough. Staying there: a display of immense focus and drive. And as many Olympic sports aren’t very commercial, or even paid at all, that relentless drive to excel is plain awesome.

In some way, most have this drive to be the best. But unlike sports, who or what is the best isn’t always clear-cut.

We often want to know what item is the best. Without further qualifications, that question is completely useless, most of the time anyway. Is a Ferrari V12 grand tourer the best car? Yes, if you want an exciting cross-continent blast with no concern for fuel consumption and a soundtrack that’s just epic. No, if you have to bring 4 kids to school and have a budget for insurance and fuel.

And yet, review websites make big money with articles about “The Best”. Because that’s what we want to read. And they give us what we say we want, and in return we get something that we thought we wanted, but didn’t need. Plus advertisements.

Photography sites are no exception. Quite the contrary. Every now and then we get the best camera ever being bettered because the new one can also perform auto-focus tracking on feline eyes in night condition, or some must-have feature like it. And lens reviews – well, they’re usually about measurable characteristics. Marmite lenses do not need apply. In any case, those “Best”-lists are very much driven by its target audience, or a sponsor, and they overlook that the pretty vital question: best at what?

So, no, there are no absolute Best. Olympic athletes are best at their sports – that doesn’t necessarily mean they’re the best at other things. Yet, we still admire them for what they can do best, and we understand the limited scope of their Best-ness. But when we go shopping, we want the Best without understanding the limited scope. Ah well.

That narrows down things already. The thing on my mind today is the lens that I feel is the best 50mm lens for a SLR. At least out of those that I ever used (and owned), but I value it very high, so pretentiously I’ll call it best.

As mentioned on a previous occassion, 50mm lenses matter to me: it’s the focal length I prefer above others. And there are many great 50mm lenses to choose from. So the best in this specific field… well, got to be something really special.

According to a many sites, the Best should be the Sigma 50mm f/1.4 Art. It tests terrific in lab conditions, it has sky-high resolution, and contrasty results, and no obvious flaws. Well, OK, some flaws: it’s large, and pretty heavy, and not cheap. But beyond that, perfection and all we could ever wish for.

Ah… one major flaw: I don’t like its results. Results look harsh, biting sharp, out of focus areas aren’t particularly pleasing. Overall, I just never saw an image made with this lens that wow-ed me. It’s a much praised lens, but count me out. Not my best, not by a country mile. 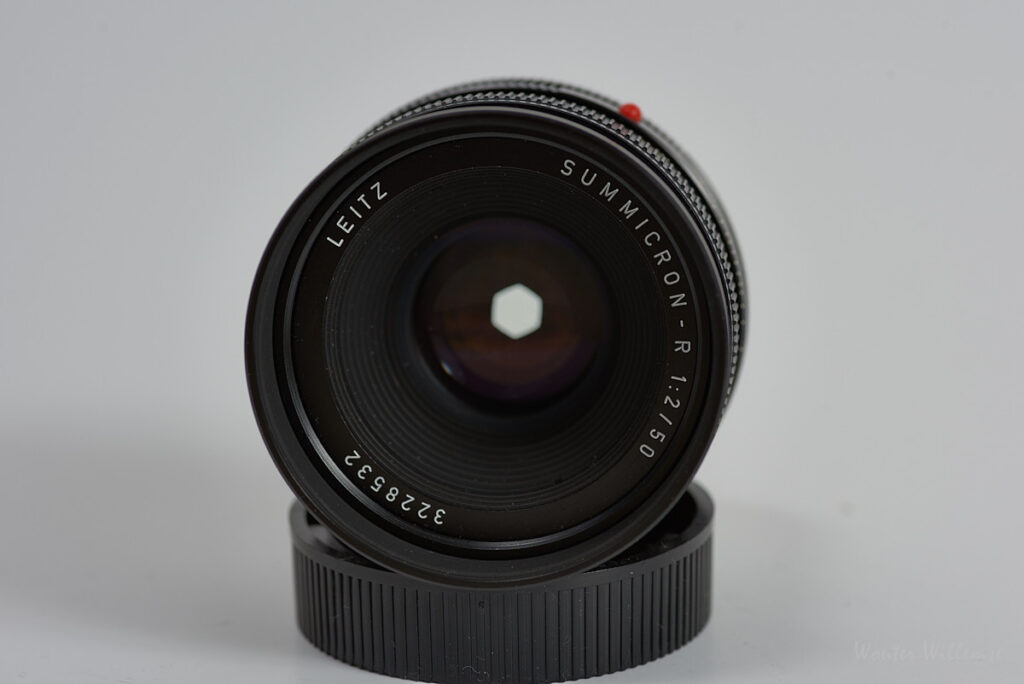 This is. This lens wow-ed me. And in a way, still does – but more on that later.

Sure it is. It’s a Leica, and that alone will get people yelling that it’s overprized junk for posers, and zealots claiming it is the absolute Best at anything.

Its zoom range is infinitely limited. It has extremely poor auto-focus capabilities, and it’s not cheap. Compared to other 50mm f/2 lenses, it’s actually silly expensive. Adapters are available for most (if not all) mirrorless mounts, but they’re typically somewhat harder to find, as the mount of this lens isn’t the most common. So, yes, it’s sufficiently marmite.

Mine was a very clean example, impeccable build quality, looked like new. Everything was smooth and precise. In terms of build quality, there is really nothing to argue about these lenses. My sample was the second generation of the Summicron-R, made in Canada. Apparently the first generation is quite different – no idea, since I never owned one of those.

Unfortunately I’ve never been able to shoot it on a digital camera, so I cannot fully compare it one-on-one with the Nikon SLR lenses I have. But having used it quite a lot with multiple films, and having used several film Nikon SLR with some of their better 50mm lenses (50mm f/1.2 AiS and 50mm f/2) with the same films, I feel comfortable saying this lens is better.

Performance at wide apertures is fine. Stopping down isn’t necessary really, unless you need more depth of field. It has plenty contrast, plenty detail, sharpness is not an issue unless you mess up focus. The sharpness looks pleasant – it doesn’t punch you in the face with showing off how much it captures. It looks graceful, and the details simply just are all there. To me, perfect.
Size and weight are fine, built-in telescoping hood is always welcome (why are those a thing of the past?!).

The key party piece is the transition from in-focus to out-of-focus is nicely gradual, avoiding any hint of a harsh look. Out of focus area is smooth, which is something 50mm Nikkors cannot claim.

Compared to the Elmarit-R 60mm macro that I also had, the 50mm was showing some flaws: the macro-lens has much better flat-field, and possibly resolves a tiny bit more details too. But the lack of flat-field (in other words, the field curvature) is what actually gives the rendering of this lens more sense of depth. It helps the (in focus) subject to pop out a bit more. So, yes, marmite again: the flaws are positives.

The main reason I ever bought this lens, though, was not that the 60mm macro is in a sense a bit more boring (hugely capable, but lacking in character). It was the loooooong focus through of the 60mm, which made that lens slow to use. The 50mm suited my uses a lot better: quicker to focus, smaller and lighter, extra stop of light.

And using it, I found out I simply loved it a lot more than the 60mm. Performance-wise, it is generally really dependable. Not terribly marmite, nothing complicated. Not a lens where you have to consider quirks or particularities to get the best of it. Just use it, and it’ll deliver.

So, yes, I was sold on this lens. And yet, I sold it. Not the first time that I have to admit to a level of insanity where I sell items I clearly love using.

Why do I do such silly things?

Actually I sold all of my Leica R gear at a point, to rationalise what I have and use. There was a level of logic to it; my digital gear is Nikon, and I share a number of the Nikkor lenses I own between the digital SLR and film SLR. It also helped that I think the Nikon SLR of choice (FM2) is a better camera than the Leica R6 (something I’ll write up some other day too).

I had quite a lot of R gear – but the item I found hardest to sell was the Summicron-R 35mm. Yes, not the 50mm. It all had to go, because I was convinced I needed to simplify my collection.

And hence, it all went, and sold pretty much for what I paid for it. So I used a top-notch SLR system for a couple of years, and effectively had no cost of ownership for it. That has to be said: yes, it’s expensive but it retains value.

Regret did set in. And kept on creeping in. And as I went through the scans of images made with the R6, increasingly I noticed it was the 50mm that I regretted most. The 35mm had something magical, and I still feel that is an incredibly good lens too. But the 50mm… little unassuming Summicron-R 50mm, the most affordable Leica lens you’ll find. Just doing its job, photo after photo, to a very high standard. A stunning performer. I definitely regret selling that one. And as I was scratching the inside of my head on whether I like rangefinders or not, that regret got the better part of me. And my wallet.

The Summicron-R 50mm is a sibling of a much more famous lens: its M counterpart. If I understood the Leica annals correctly, the lens I’ve praised here is optically and technically identical to the Summicron-M 50mm version 3. Version 3, apparently, is the black sheep of the family.

Guess what? That black sheep of the family is every bit as good, and then some.

For many, 50mm lenses are boring because they prefer wider or longer lenses. It’s a bit “not here nor there”. I get that. To me, there is something natural about 50mm lenses that works for me. Selling and regretting the sale of the Summicron-R 50mm made me understand that better in fact. And now, having bought its rangefinder brother, I find that it might well be the only lens I really need.

No matter how you feel about the brand and the pricing of their products, they do know how to build lenses. Yes, they’re not perfect – nothing is. There are always choices in a lens design that sacrifices some aspects in order to amplify others. This is true for any lens, and in all cases those trade-offs may or may not suit you. Same goes for the Summicron 50mm. In all honesty, the latest and eye-watering expensive APO-Summicron-M 50mm to me emphasizes sharpness and contrast, and lacks some character (intangible as that may be) as a result. Even if I had the money, it wouldn’t be my choice. Instead, I much more adore what these older lenses do. They just look right.

So, there you go, my best 50mm for a SLR – actually a rangefinder lens in disguise. If you find one at a decent price, get it.